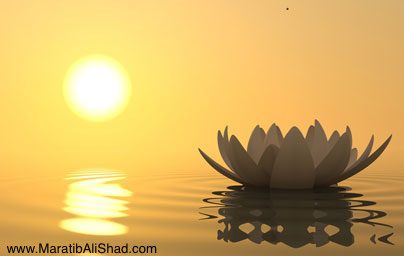 The idea of being Successful is extremely relative and depends on personal and popular or accepted popular culture. All previous civilisation(s) and modernised societies have their vague concept of success, whether they believe in omnipotent some form of God or believe that this universe is running without God. Eastern philosophical schools of thoughts and ideas related to God and its implications upon the society had produced a very different type of nation-product. Good examples are Taoism, the influence of Siddhartha Ghotam Buddha etc had a remarkable positive influence on Eastern Civilisation in the regions such as China, India etc. Their idea of success was built on moral or divine values and culture of non-violence, self-purification, brotherhood, healing, simplicity, de-attachment with the world desires etc. This led people to live peacefully and way-out from their life issues. It could be possible by idea of true SELF and its enrichment by certain methods of bearing hardships and suppress their wishes those produces discomforts and immense grief. That form “Spiritual Enlightenment” which were proudly based on Eastern school of thoughts that influenced China, India, Pakistan, South or East Russia, Nepal & Japan etc for thousands of years.

On the contrary, western school of thought developed an absolutely new way of the idea of success based on power, money, politics, sex, war, scientism, capitalism etc. Idea of communication via languages & idea of ‘Construction’ have positive impact on the world however severe limitation of languages have impacted on the world in the way people are unable to unleash their potential. No doubt, monies, power, technological & scientific advancement have empowered the nations at one side at certain extent on superficial level. That had designed a new way of thinking and paradigms of newly born civilisation based on “Western Enlightenment” It had formed by series of renaissance movements one after another, after Dark Ages in fifteen centuries ago. Apart from many sincere religious movements from Church in the west, people kicked the idea of God because all un-fullfilment desires could be filled or accomplished with straight forward or empirical & scientific way of thinking and lifestyle. They thought because they can produce countless food, commodities and see their future through farming and industrial revolution, therefore, their renaissance or new reality of being successful, therefore, Good bye Church.

What I mean that we are merely born to look beautiful, living in great life style to influence thousands of external lives and having enough monies only?

Do we really know about how we will pain and suffering when we are in illness physically? What about when we feel intense & permanent loneliness or have poor relationships? Imagine when we do not have really life goals or discipline to maintain? Especially we do not have any mission statement? Are these all failures not with mostly all of us in modern times, unfortunately? Especially, Western societies are full of these people, unfortunately because of following fake and temporary superficial realities.

End results of both way of Enlightenment (s) are in progress. Both ways have grabbed billions of fellowships with them and both have advantages. Especially, Western civilisation and their success in science, language, politics, literature have given them clear edge over east superficially.

Most prominent Western civilisational hero, America, had produced and formulated success literature, in millions of quantities of books have been written and available in the market. Of course, almost all books publishing in the west claim to have monies, capital and resource is actually ultimate success, especially if you are feeling happy personally and you have large fellowship on the internet, and it multiplies to millions. Thousands of trainers, Coaches, mentors in the field of Personal Development have their product for the people to make them successful and they are earning millions every year. And, thousands of motivational speakers & trainers have net annual earnings in millions of dollars.  Now big question is that are their contribution to the world is really making any real difference to the world as whole?

They are very successful speakers to motivate millions of audiences to achieve their goals in different roles of life.

Now most profound question is that what type of product they are creating. Do we need to achieve success without any principle cantered paradigms, or we just need success whatever we want?

Do we have identified our origin of SELF or ultimate truth about ourselves, about universe or about God?

Are our teachings or trainings are based on some natural or universal principles such as law of gravity, law of harvest or we are just doing some quick fix to feed our business accounts and bank balances?

Has number of successful (rotational) achievements in my life (as per my will) attempted to find answers of these fundamental questions? Are they really important to sort this puzzle in our life? Or it is enough to being selfish for ourselves that we are very happy on our private or public victories?

How many of living legends are discussing to know ultimate truth in their gathering or on internet?

It is merely all look business activities going on to buy motivational books or attending motivational events across the globe, especially in the West.

I am sorry to be being really estimating the things or yourself or making the current realities over-simplified, however, these questions or thoughts are arising inside of me which is very deep.

My career or working in industry of Life Coaching or Personal development, more than 7 years, in the United Kingdom, has pushed my sincerity to discover the reasons to know about fundamental questions as discussed above.

Imagine that all success stories, ideas to becoming successful entrepreneur, celebrity, great scientists & literary person, even becoming teacher etc. are actually lies and mis-representation of actual reality? The ideas of success or principles which I am worshipping them like religion, I would bring disclose that all these were bullshits and lies? Because you were in wrong paradigms from centuries? How will be respond on it? If we don’t know what is ultimately truth being a human or part of this universe than where we will go?

If there is no success which we are assuming as reality, do not exist actually? Than what and how we will feel?

I am not saying that all believes of success, communications, ideas, scientific inventions or discoveries are in rational lies, however, we need an inquiry, certainly, to discover the truth that have been forgotten with our ancestors. We need to go back and research from scratch who I am? What is real reality? What is God? If I would find these questions than any theories derive based on absolute truth we discover, will be ultimate success.

If we are agreeing on inquiry for search absolute truth than we can access bookish and spiritual experiential resources. We need to investigate not only on spiritual meditation level but also with mental intelligence.

In current world, Spiritual Enlightenment has been describing in various perspective but I am encouraging reader of this article, towards the idea lying almost all religious schools such as Buddhist, Sufi, Yogi, Christian Monks & Zen etc. The reason why, they have been trained from thousands of centuries in the quest or real experience of answering the profound questions I have raised previously. These school of thoughts have very well-organised meditation way of system to knowing the ultimate reality. Also, on intellectual level, they have hundreds of distinguished authors and divine scripts to inquire.

My journey to search truth will continue and I also looking same mind-like people to work together. If you are interested, please contact me on maratib@maratibalishad.com

For the life-coach, leadership development trainer and entrepreneur, it is his genuine passion to partner with individuals who desire growth and equip themselves with tools to help them navigate difficult challenges via personal development or inter-dependant. Maratib is the founder of Life Mastery Success, a successful online coaching business. A compelling and fascinating coach, his forte lies in inspiring his clients to live their lives on purpose and make positive changes. He loves to see individuals move confidently towards their dreams, mostly feel empowered, inspired, motivated, encouraged, and confident. Maratib empowers people through transformative and thought-provoking coaching. However, he unlocks their inner greatness through self-help, coaching sessions & courses, upgrades or change of career, finding purpose & goals, team building, spirituality, mindfulness & englightment, Self-discipline, and team management. Maratib is a detailed professional with a refined thought process and engaging style. He is admired and appreciated for his patience, mission, blogging, integrity, values, humility, and empathy. In his works, he is dedicated to helping clients to create an actionable plan with clear deliverables that align with their vision. Maratib is also working on various projects such as “Positive psychology, religion in conext of personal development”; spiritual cause behind in promotion of positive thinking within religious and non-religious communities. You can say hello to Maratib ! View all posts by Maratib Ali Shad

How to Identify Natural Talent and pursue the right career.

Managing Self-Discipline and Time; with solution